Over the summer of 2015, childhood friends Jessica Graham and Melody Tash teamed up to write and produce Hallow Gate. The majority of filming was done in one day, with one additional day for pickups. The film was an official selection and screened at 2016 the Equinox Women’s Film Festival. In 2017, Hallow Gate was picked up by Seed&Spark for distribution on their streaming platform. 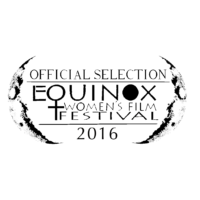